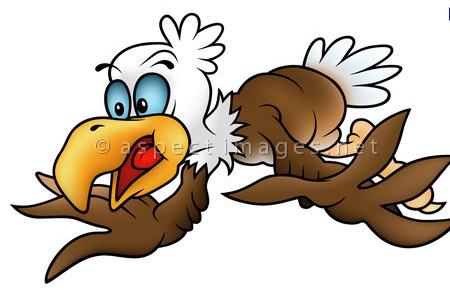 Tired I am,
Sad I was,
Then I found her,
The girl of my dreams.

So soft and warm
She is to me,
In the best form,
Just like a bee.

I love her at night,
And love her in the morning.
She holds me nice and tight
But we know that I am growing.

Our relationship is strange,
It is in deed.
We fight at every age,
But then we plant a new seed.

Some nights we don't get along,
In the morning I can't leave you,
After a long day, you make me feel so strong
And when I'm not my best
And I say achoo
You let me rest
It's all a rue.

Bedtime stories are the best,
We can cuddle,
You are my nest.

You're perfect for me,
I'm perfect you.
It's obvious you see,
It's just us two.

So soft and warm,
She is to me,
In every storm,
And every tree.

Tired I said,
So lets count to three,
My love,
My tree,
My everything,
My bed

Posted by SilenceDogood at 10:13 PM No comments:

The Question of LIfe

I do not know why, but right now I am questioning life and how it all started. Their are so many mysteries in this weird that are unsolvable. We all wonder how we were all created but currently I'm really searching for the answer. If you look in the Bible it says that Earth and the whole Solar System was created by God. God was the one who started the Big Bang and created life. God plainly said, "Here's the ocean," "Here's trees and plants," "Here's life." It does not make much sense to me. Is it really that simple? I also have theories that our lives may just be a women's imagination or it could just be the Matrix. I do not actually know. I'm just wondering how we all actually got here and how we've done so well. Did Adam and Eve rise from the soil of the Earth and wandered the Earth and mated and created our civilization. If so, how did they survive? They had like 11-children and they some how kept them all alive. Although, they were newly born and they some how knew how to hunt and gather food and create shelter. Did God give them all of these abilities, and if so, why don't we have these natural instincts. I'm just questioning everything and I would really like some answers to how everything began. I mean, even when the Earth was created we didn't have life for over 5,000 years and then the dinosaurs some how appeared. But before we had the dinosaurs we had prehistoric plants that seem like they would be on some other planet. It doesn't seem real but it is, thanks to science. But science just get's more in the way. So how did the Earth, and us animals, come to be? Is it like Prometheus and we were created by aliens? Is it like the Matrix and we're just in some computer program, that's run by other robots? And if all of that is true, how was all of that created? How were those aliens, that created us, come to be? How us humans, that created the ruling Matrix robots, come to be? How are we here? Who created us? I need answers...
Posted by SilenceDogood at 8:50 PM No comments:

New to the battlefield

I'm a very kindhearted person and I don't think I could ever hurt a person but I really wanted to serve and help and defend my country but I wouldn't ever be able to pull the trigger on any living thing. That's why I've decided to join the United States Coast Guard. I was looking at the Navy but all I would be doing everyday, all day would be sitting in a giant boat going across the ocean, waiting for the bad guys to go fishing. I'd rather join the Coast Guard, to save people, protecting out coasts and borders, and protecting our country for so many other dangers every god damn day! Coast Guard is what I really want to do. I want to be an Aviation Survival Technician or a Meritime Specialist.
Posted by SilenceDogood at 6:56 PM No comments:

The Game is War

To be continued...
Posted by SilenceDogood at 8:35 PM No comments:

My last stand is now. With only a week and half of school left, before break, I have two D's in Algebra 2 and English. My mind is on the verge of exploding into a million pieces. I've been trying to bring up my grades but no matter how hard I study my teachers just keep failing me. I was just diagnosed with ADD and I just got my pills to help me conquer my ADD. I'm hoping they work, but if they don't oh well. I'm going to have to try 20x harder then. But I'm really tired of school because of the grades, my parents, who keep hassling me to do better in school, and drama that constantly happens at school. It's been a rough semester, especially today. Today, I was in my self-defense class and a dude landed on my balls with his knee and I really messed up knee for some reason and my English teacher keeps giving me a hard time. It was not super fun, but at least I know how to put a person into a choke hold, now.
Posted by SilenceDogood at 7:17 PM No comments:

Everybody has a crush, don't deny it. We all have that person that we wish we could have. We wish we could hold them tight to our body and kiss them slowly. Enjoy their presence and be happy. I do have a small crush on this very pretty girl that's in my band, but I don't think she likes me at all. This is all the sad part about having a crush is that your crush may not always like you back, but this happens to almost everybody. But this is the kind of relationship I would like to have with a girl. Check out the link...

As a teenager myself I have an idea of what the teenage brain is like and what kind of ridiculous amount of drama every teen go's through. For example, I saw a brunette girl sitting in the cafeteria crying, but she wasn't crying profusely but was more teary eyed then any thing else. But most people would think that she must've just had a boyfriend break up with her or something. As a teenager I think she could've been going through a break up, or some family problems, friend problems, school problems, early financial problems, bullying, not being accepted into a school that may not accept her or anything else. There are so many things us teenagers go through, and some how the adults don't really have a clue, even though they were teenagers once before. Or the adults do have an idea but don't really care. This is something I will ponder about for a while, but that's for a later time. But anyways, I'm just trying to say that us teens have it rough. All we want to do is enjoy our youthful years, but life will not allow it. Our parents, education boards, government, congress, religion, and our moral and ethics stop us from doing so many things. Another example is that I was sitting next to a very beautiful friend of mine today and I wanted to lean over and kiss her and ask her to run away with me to some foreign place, and start a new life, but all of those people and things I just mentioned stopped me. Do you have any idea how much I wanted to kiss this girl and just run away with her? I really wanted to do that! Like, I really wanted to do that! But I didn't and I'm now regretting it. But just imagine if I did that. Imagine if any teenager took any risk like that. I do not think there would be mass histeria or chaos across the globe, but it would be a large event of dreams coming true and doing whatever the hell you wanted to do. Imagine a 16 year old girl going to France and becoming a cook for one of the greatest restaurants and have nothing stopping her from achieving this goal. The world would be an extremely happy place. Their would be less worrying and less sadness, and this could all start at the age of maybe 16. That's the time where usually our more mature dreams form.
Posted by SilenceDogood at 7:58 PM No comments: